Baseball is not caught off-guard when a player makes his way from Cuba and has impressive success early on. There have been a great number of players come from Cuba to make a mark in the Major Leagues. Most recently, the arrival of Yasiel Puig to the Los Angeles Dodgers has dominated the headlines as his play and off the field behavior have both been headline grabbers. With less fanfare, but no less success, comes Jose Abreu 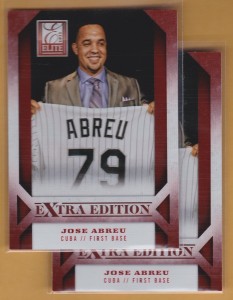 to the Chicago White Sox.

Abreu is older than some of the other players who have made their way to the states, debuting in his age 27 season as a Major League rookie. That doesn’t mean, however, that his work has been any less impressive. Through the first 44 games of his career, Abreu has already hit 15 home runs and has an OPS of more than .900. No matter what the White Sox expected from the slugger when they initially signed him, his performance on the field has certainly surpassed their hopes. For the first six weeks of the season, he has been nothing but one of the very best hitters in the league.

Are there holes in his game?

Those looking to criticize the ability of Abreu to keep up his great performance with the White Sox will point to his questionable strikeout and walk numbers as a sign of possible trouble ahead. He has already struck out 50 times, and walked just 10. That isn’t usually a great sign for a hitter, as pitchers continue to try and exploit the holes in their swing and rack up more and more strikeouts along the way. To be sure, Abreu will need to address this issue if he wants to maintain his power-hitting ways.

However, that doesn’t mean that he is destined to be a guy that strikes out too much in pursuit of his homers. Remember, this is only the first 44 games of his career against the best competition in the world. Many rookies struggle with plate discipline before they settle in and learn how to command the strike zone with a more discerning eye. All it will take is for Abreu to start laying off a few more pitches outside the zone and he could quickly become one of the most-feared hitters in all of baseball.

The other issue that might pop up is his ability to stay on the field healthy for a full season. He has already landed on the disabled list with an ankle problem, and the calendar hasn’t even hit June yet. That doesn’t mean that he will be injury prone throughout his career, but it is something worth keeping an eye on. Great players are only valuable when they are on the field producing runs for their team.

It is great to have exciting new players in Major League Baseball, and Jose Abreu fits the bill perfectly. If you are able to pick up one of his rookie cards before his name is known by baseball fans across the country, you might just have a great find and addition to your collection.