The Miami Marlins are Surprise Contenders

Coming into the 2014 season – just like the past couple of seasons – the Atlanta Braves and Washington Nationals were expected to compete for the N.L. East title. And, so far, that has been the case – Atlanta and Washington are closely linked in the standings, and will probably be battling for most of the summer to decide who comes out ahead.

However, there is a surprise third entrant into that tight East race who stands poised to put a wrinkle in all of the predictions. The Miami Marlins are right there with the Nationals and Braves, despite losing their star pitcher Jose Fernandez to season-ending Tommy John surgery. With a pitching staff that has been solid, and a deep lineup that has been doing enough to win so far, the Marlins seem like a team 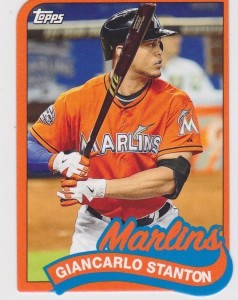 that could stick around into September. While they are down one star player, it is the presence of another that gives reason for optimism in Miami.

Stanton is a Star

Giancarlo (formerly Mike) Stanton is a young star outfielder for the Miami Marlins, and one of the strongest hitters in all of baseball. Stanton’s homeruns are frequently highlight reel material, either for their overall distance or the sheer speed at which they leave the park. Currently, he leads the league with 20 homeruns and 57 RBI’s, and has an OPS of .979. Considering that he is just 24 years old this season, the future is bright for Giancarlo and the Marlins.

As a testament to his power, Stanton owns three of the eleven longest homeruns hit so far in 2014, including the longest, measured at 484 feet. He has also registered the homerun with the fastest speed off the bat, with a ridiculous 119.9 MPH. It doesn’t matter which measurements you decide to use, Stanton has power that is unmatched in the game today.

Beyond his impressive power, Stanton is a good overall hitter. He has struck out 77 times already this season, but still manages to carry a .394 on base percentage, which is among the league leaders. Not surprising, he also leads the league with 14 intential walks, as teams decide they would rather have other Marlins hitters try to beat them. It has worked out for Miami to this point, as they are a couple games over .500 and right in the middle of a crowded N.L. East race.

Giancarlo Stanton is already a great player, and only seems poised to further establish himself as one of the best in the game. A Hall-of-Fame career is not out of the question for Stanton, which is why now is the time to grab some collectibles from his early years. Most likely, his career will continue on an upward trajectory and the value of his baseball cards and other items will continue to grow along with his status in baseball. Find a few rookie cards to put into your collection and watch as his career develops over the coming seasons. 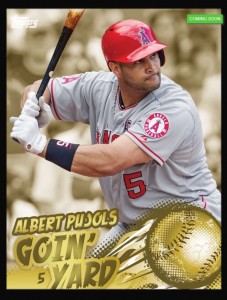 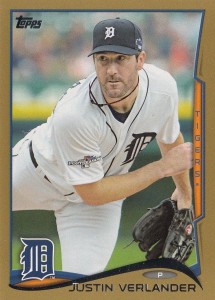