Is It Time for a Robot Strike Zone?

Every baseball fan knows the feeling – you are watching your favorite team play a close game, when a bad ball or strike call costs them a chance to score a run. As a fan, there is nothing more frustrating than seeing the bat taken out of a player’s hands due to a mistake by an umpire. Of course, umpires have an incredibly hard job, as the ball is frequently flying past the plate at more than 90 miles per hour. To get all of the ball and strike calls correct would be impossible for a human – which is why so many fans are now calling for the use of a robot strike zone. 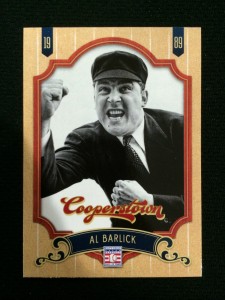 This is a compelling option for one specific reason – the technology is already in place. Each stadium is already equipped with the gear to track proper ball and strike calls, and that data is used to evaluate umpire performance on an ongoing basis. So, instead of using that data to teach the umpires, why not just use the computer to call balls and strikes in the first place? It seems like an obvious step to take.

The Devil is in the Details

Getting calls correct game in and game out would obviously benefit baseball as a whole. It leaves a bad impression on fans when umpires get in the way of an otherwise good game, so having the computer call balls and strikes would improve the experience for everyone involved. However, it would have to be implemented in such as way that it would not slow the game down or fundamentally chance the course of action. The home plate umpire would still be required because there are other non-ball/strike calls and decisions that need to be made. Perhaps that umpire could be given a device that would indicate whether each pitch was a ball or a strike? Something that works seamlessly into the flow of the game would obviously be the goal.

Not If, but When

It seems like a forgone conclusion that balls and strikes will be called by ‘robot umpires’ at some point in the near future. Baseball resisted instant replay for years, only to add it and have it be largely successful. It will likely be the same story for the robot strike zone. Once the idea is seriously considered, there will be resistance at first until everyone finally understands that it is for the good of the game in the long run. Certainly long-time baseball fans will find the concept strange at first, but everyone will be able to enjoy a game that is fairly contested without the risk of a bad ball or strike call at a crucial time ruining the competition.