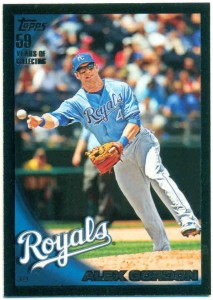 With the 2014 regular season in the books, baseball fans across the country turn their attention to the playoffs and get ready for another October full of drama and surprises. While the baseball playoffs are often unpredictable, this year seems even more wide-open than most, making predictions a serious challenge to say the least. While the following guesses are almost sure to be wrong, here is our projection for the outcome of the 2014 baseball playoffs.

In the American League, the A’s will visit the Royals and the Pirates will play host to the Giants. These are only one-game playoffs, so a quick nine innings will decide who moves on to the division series in each league. The A’s and Royals are both low scoring teams who rely on their pitching, which is also true of the Giants. However, the Pirates seem to have a little more danger lurking in their lineup.

If those results hold, the division round would be as follows: The Los Angeles Angels would play the Royals, and the Tigers will play the Orioles in the other American League series. In the NL, the Nationals would face the Pirates, while the Dodgers and Cardinals will hook up in a rematch of last season’s NLCS. Despite the fact that the Angels and Nationals have the best records in their respective leagues, all of these series seem wide-open and each could be closely contested.

Those results would set up a series between the Royals and the Orioles, and the Pirates and Dodgers. In the American League, it would be a serious contrast of styles, as the Royals are built on defense and pitching, while the Orioles love to hit homeruns. In the National League, the high-priced roster of the Dodgers would be taking on the younger group from Pittsburgh anchored by superstar Andrew McCutchen.

In an unlikely World Series matchup, the Kansas City Royals would face the Pittsburgh Pirates. Each team has struggled for most of the last 20+ years, although the Pirates did manage to make it into the playoffs last year as well. The Royals will have the advantage if they can get even a small lead and turn the game over to their bullpen, while the Pirates will hope to get the games to be higher scoring where their better offense would have an advantage. 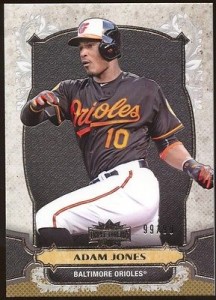