If you’re a Babe Ruth fan you’ll really like this affordable piece of baseball memorabilia. Pictured here is a vintage 1930s baseball glove endorsed by Babe Ruth. It’s a Spalding mitt with faint impressed mark on glove and original brass button. It appears to be in great condition with no tears rips, stains, etc. The Babe Ruth signature is strong on the lower right side.

This mitt has no finger laces as expected for this time period and is the larger size at about 11 inches wide and 10 inches high. This glove is available on eBay with a buy it now price of $1,750 and the seller has 100% positive feedback.

Take a look at some more vintage baseball gloves in all prices ranges. 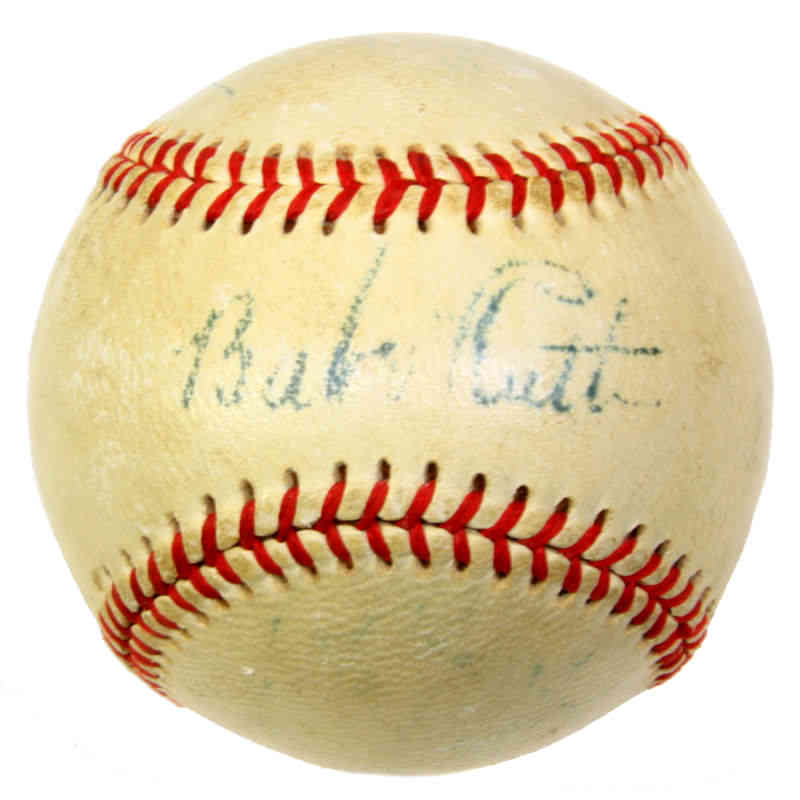 Take a look at this outstanding 1931 first generation wire photograph of Babe Ruth. This photo shows Babe Ruth being carried off the field with an injury during the opening game of the 1931 season against the Boston Red Sox. The wire service is NEA Service, Inc. New York and the photograph is dated May 2, 1931.

The back of the photo says the following: “CARRING THE INJURED BABE FROM THE FIELD an injury to the left leg of Babe Ruth, reported a torn ligament, marred the official opening of the American League season in Boston, Mass. A series of mishaps, climaxed by his collapse in the sixth inning as he was chasing a two base hit from the bat of Oliver, Boston Red Sox outfielder, put the Yankee Slugger out of the game, and into the hospital. Despite the loss of the Bam, who may be out for a week or two, the Yanks won from the Sox. This picture telephotoed from Boston, shows the Babe being carried into the dressing room.

This wire photo is offered by SportscardsNart on eBay with a buy it now price of $4,995.

Check out some more vintage photos of Babe Ruth.