The Greatest Series of All-Time?

When you think of the greatest series that have been played in baseball history, your mind probably first goes to the World Series. Certainly there have been many legendary Fall Classics over the years, most recently in 2011 when David Freese and the Cardinals stunned the Rangers when Texas looked to have it all sealed up.

However, despite the World Series being played for the ultimate prize, it can be argued that the first round ALDS in 1995 between the New York Yankees and the Seattle Mariners is the greatest series in baseball history. Between the drama of the games themselves, the players that were on both rosters, and the impact that the outcome would have, this series has it all. 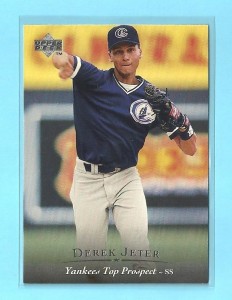 A quick look at the rosters for the Mariners and Yankees in that series will have you shaking your head in disbelief. On the Seattle side, you would find future Hall of Famers Ken Griffey Jr. and Randy Johnson, should-be HOF’er Edgar Martinez, and would have been HOF’er Alex Rodriguez (if not for drugs and scandals). That doesn’t even mention other outstanding players like Jay Buhner, Norm Charlton, Tino Martinez, and more.

In the Yankee dugout, the groundwork for incredible success was just starting to be laid. On his way out was Don Mattingly, but even more legendary names were just getting their start. Derek Jeter, Bernie Williams, Jorge Posada, Andy Pettitte, and Mariano Rivera would make up the core that would take the next four World Series titles. HOF’er Wade Boggs, John Wetteland, and other notable names also filled out the roster. It is hard to imagine a series of recent vintage with anything close to the star power seen in the 1995 ALDS.

In a series that went all five games, each game told its own story and had no lack of drama throughout. The Yankees won the first two games in New York, the second on a 15th inning walk-off homer by Jim Leyritz. The series would head back to Seattle with the Mariners need three straight wins to survive. The M’s would get games three and four by three runs each, game four being highlighted by two Edgar Martinez homeruns.

Game five is one of the all-time classic playoff games in baseball history. Looking back on that game today, it is incredible to see all of the legendary players that were involved in one 11-inning contest. After the Yankees scored a run in the top of the 11th off of Randy Johnson, who came on in relief, the Mariners wouldn’t even make an out in the bottom of the inning. A Joey Cora bunt single and a Ken Griffey Jr. single would set the stage for Edgar Martinez, yet again. Jack McDowell hung an 0-1 splitter and the rest is baseball history. Martinez punished it into the left field corner and Griffey stormed home with the game winning run.

A Collection All Its Own

You could easily base an entire memorabilia collection around this one series in 1995 and be doing quite well for yourself. Many of the great players involved were just rookies at this time, and had not yet become the stars we know them as today. Regardless of which side you were on, the 1995 Mariners vs. Yankees ALDS will always be remembered.