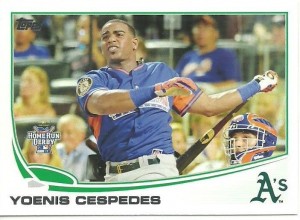 Posted on February 14th, 2014 by Matt | Posted in Baseball Hats and Caps, Players