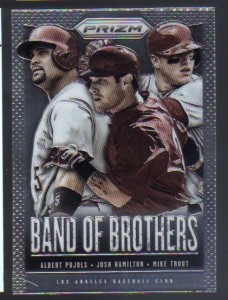 It is rare in sports that a player achieves such status that no one will argue their place in history. Sure, most people think that Michael Jordan is the greatest basketball player of all time, but it is not unanimous. Some might say Kobe Bryant, LeBron James, Bill Russell or others. Likewise in football, various different players such as Jerry Rice or Joe Montana can lay claim to being the best at what they did, but there will always be debate. Those debates is what makes Mariano Rivera so amazing. No right-minded person would even consider another closer as being in the same league as Rivera – he is, by far, the best to ever do the job. Owner of the Record Book

There is no need to list all of Mo’s accomplishments here – there are well known by now. With five rings, the most saves of all time, and one of the most devastating pitches ever delivered, Mariano will never be forgotten. That pitch, of course, is the famous cutter that Mo developed early in his career and made him what he is. It would slide across the plate from right to left, running away from right handed batters and sawing off the hands of lefties. Rivera was the rare reliever who was effective against both right and left handed hitters, so he was reliable no matter who was due up for the opposition. Since closers are penciled in for the ninth inning each time that a team has a lead, much of his success can be attributed to the fact that he was platoon-proof.

While Mariano Rivera has not been his usual bullet-proof self for the Yankees in 2013, he will still ride out as one of the most-loved Yankees ever and a surefire first ballot Hall of Famer. The Yankees will likely miss the playoffs in 2013, and Mo will ride off into the sunset with his various gifts from teams around the league and a legacy unlike any other.

When it comes to Mariano Rivera memorability, you really can’t go wrong. Autographed balls, photos, cards, and more are all likely to gain in value as the years go by. Getting your hands on early Rivera products from the 1994-1996 time frame would be ideal, but any item will make a nice addition to a collection. Rivera began his career as a starting pitcher, so getting any collectibles that identify him in that way will make a special addition to your case. For baseball historians, collecting all of the ‘Core Four’ Yankee players (Rivera, Posada, Jeter, Pettitte) will make sure that a major portion of baseball history is represented in your collection.

Once in a Lifetime

Consider yourself lucky that you had the opportunity to see Mariano Rivera weave his magic against so many opponents through the years. Mo wasn’t perfect, including blowing the save in game seven of the 2001 World Series, but he was as close as any closer has ever been. The only thing more rare than a major league pitcher succeeding with just one pitch, as Mariano did for his entire career, is a player being a fully-accepted as the greatest of all time at what he did. Mariano Rivera did both of those things, and will be a part of baseball history forever. 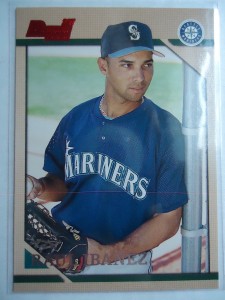